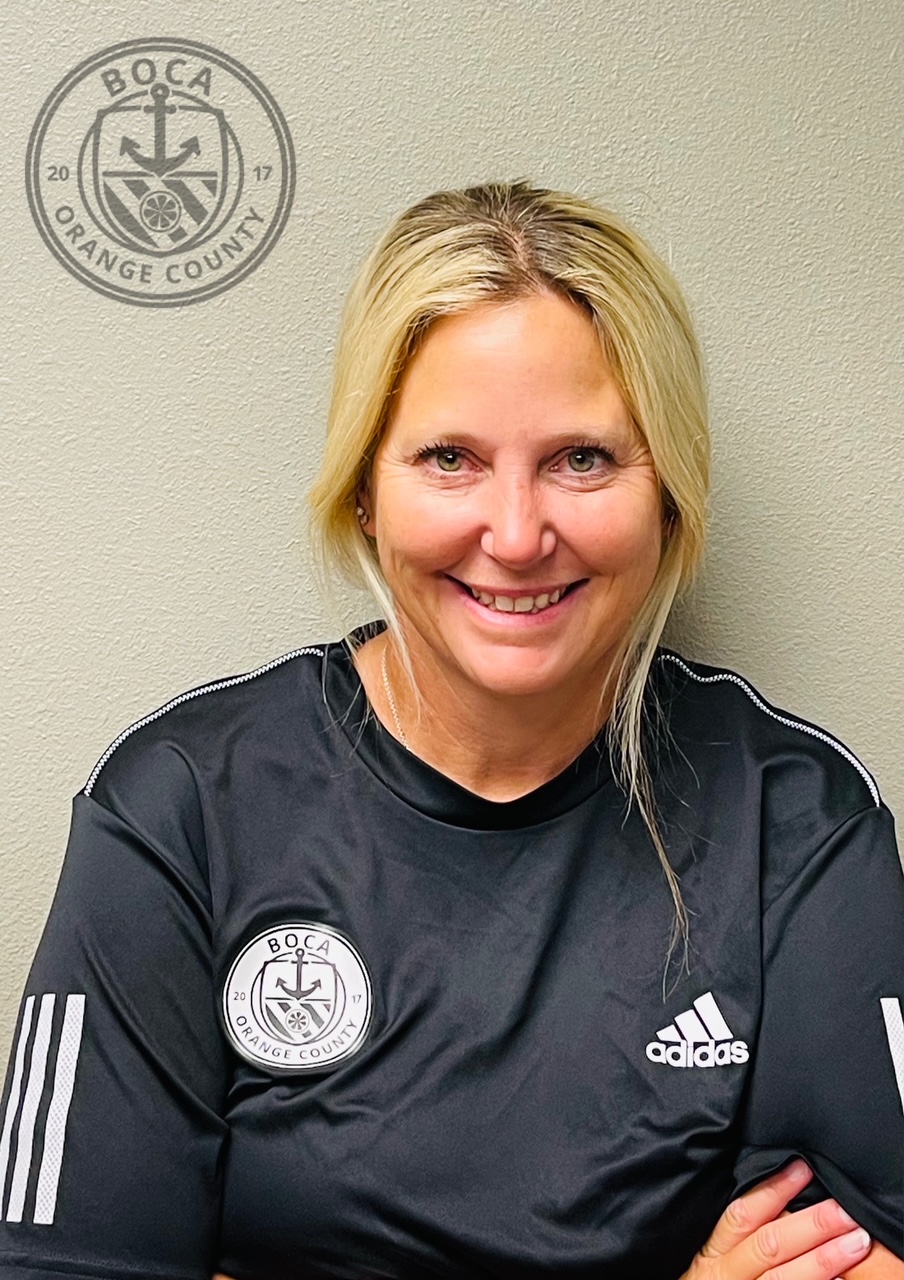 Christy Medlin has 20+ years coaching at the club level (CSL Premier, SCDSL Champions Division and California Regional League). Christy played collegiate soccer at Cypress College where she was a 2 year team captain and received 1st Team All League honors and team Defensive Player of the Year. She finished her collegiate playing career at Cal State Fullerton and earned her BA, Teaching Credential, and Masters in Child Development and Education. She has taught 17+ years in the Fullerton School District and received Teacher of the Year in 2007.

In high school, Christy was a 4 year varsity starter for Loara High School, earning 1st Team and 2nd team All League Honors, All Orange County Team Honors, and Team MVP. She was a 3 sport athlete earning 10 Varsity letters and earned the Athlete of Year award and Kay Malucky Scholarship her senior year. She also participated in the Olympic Development Program U17 and U19 Cal South State/Regional teams.

Christy is currently an Assistant Coach at Santiago Canyon College since 2012 where she has won 8 League Championship Titles, 5 State Finalist Titles, and 2018 and 2019 State Championships. In addition, the staff was awarded back to back National Coaching Staff of the Year accolades in 2018 and 2019. Her high school coaching experience includes Kennedy High School, El Dorado, and Canyon High school where they went to CIF each year.

Christy currently holds a USSF National B License and lives in Anaheim Hills with her husband Andy and 3 children; Kylee, Jake and Eli.​